Hickory is the classic barbecue smoking wood. Its strong and nutty aroma is the perfect accompaniment to smoked brisket, pork butt, or beef chuck. Find out how to use hickory smoking wood for your backyard barbecue.

Every barbecue enthusiast knows that choosing the right material for smoking meat is key. Certain woods burn longer than others, while others impart a delicious flavor and aroma onto your food as it smokes.

Hickory wood is one of the most versatile types of wood for smoking. Pitmasters love to use it on its own or in combination with other types of wood. Here is everything you need to know about getting hickory wood for your own purposes.

What is Hickory Wood?

Hickory wood is a type of hardwood that comes from the hickory tree. There are 18 different species of hickory trees.

Using hickory wood in smoking is most common in Midwestern and Southeast BBQ styles because this tree is native to the East Coast. Some types of hickory trees produce nuts similar to pecans, which explains why the wood has a slightly nutty flavor.

Hickory is most distinctive thanks to its strong flavor. It imparts a smokey, sweet, slightly nutty flavor to the food that it smokes. If you’ve ever seen hickory-smoked bacon in the grocery store, you can see why this wood is so popular among pitmasters—and you can imagine how your food will taste after getting smoked over hickory.

Hickory also has a strong color. It burns into a particularly dark smoke which adds extra depth to the meats it is smoking.

In terms of burn style, hickory wood has the stamina to burn for a long time, even when heated to high temperatures. Many pitmasters use it for cuts of meat that require long, slow smoking.

While often used interchangeably with mesquite wood, the difference between mesquite and hickory is that the latter is more subtle and versatile, with more depth of flavor.

How To Use Hickory Wood

You can get hickory wood in a few different forms, including planks, sticks, chunks, and chips.

Hickory planks have the mildest flavor, which is why you should use them for relatively mild food such as cheese. They work best for setups such as an oven or lidded grills.

If you want to add a hint of hickory flavor to your food, but you’re smoking a mild cut of meat that would be overwhelmed if you smoked it over pure hickory, you have a few options. You can mix in a few pieces of hickory with other wood to balance out the flavor. You can also get liquid hickory smoke at the store and add it after your food is finished.

Hickory also works well with large cuts of meat that need a long cooking time to break down. For example, Texas-style beef brisket is often cooked over hickory.

Hickory is also used with large pork cuts, like shoulder or Boston butt. The smokey flavor of this wood will make your pulled pork sandwiches extra tasty.

That doesn’t mean that hickory wood is only useful for barbecue. You can use hickory planks to smoke salmon and cheese or throw some nuts into the smoker for a tasty snack.

Hickory is one of the most flavorful woods available for smoking. When you’re preparing a low, slow smoke, using this wood will add extra flavor to your dinner, even if you just mix it in with other wood types. 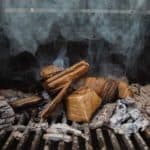 Hickory vs. Mesquite: BBQ Smoking Woods Compared - Hickory and mesquite are popular barbecue smoking woods with intense smoky flavors and thick blue smoke. But which one should… ... 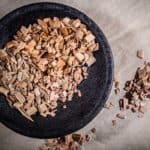 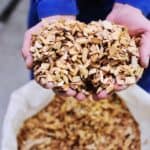 How to Make Wood Chips for Smoking - Wood chips are the perfect fuel for your barbecue smoker. But can you make your own? Learn how to make… ... 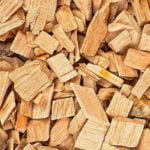 Orange Wood for Smoking - Orangewood is an underrated smoking fruitwood that will elevate your smoked chicken, turkey, or salmon to the next level. Discover… ... 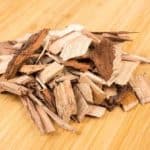 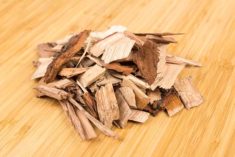 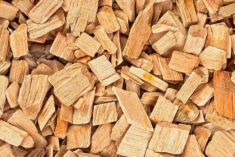 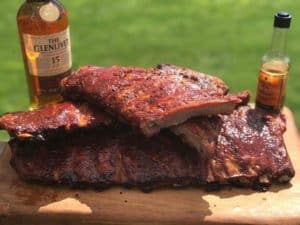 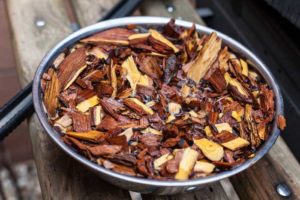 Do You Soak Wood Chips for an Electric Smoker? 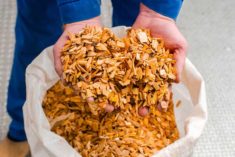