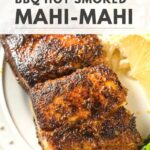 Mahi-mahi is a mild-tasting versatile fish that lends itself to all manner of seasonings and dishes, making it a staple at many seafood restaurants. With slightly sweet and flakey meat, mahi-mahi is perfect for backyard low and slow smoking.

Mahi-mahi is a saltwater fish found in tropical and subtropical warm waters throughout the South Pacific, Mediterranean, and the Caribbean. The name mahi-mahi is Hawaiian in origin and what most people know the fish by but in the Caribbean, it is also commonly called the Blue Dolphin Fish.

Mahi-mahi has a mild taste comparable to swordfish but with a slightly sweeter flavor. It is a lean whitefish that is often considered one of the healthiest to eat as the meat holds an abundance of vitamins, including vitamins B3, B6, and B12. Even though it is a lean fish, the fat it does contain is made up of omega-3 fatty acids.

Mahi-mahi is also publicized as one of the more sustainable fish options. This is because they are usually caught with a hook and line rather than by netting, meaning they aren’t overfished. Their life and reproduction cycle is short, meaning their populations sustain healthy levels without issues.

The skin of mahi-mahi, although pretty (and the reason for its other name, ‘Dorado’, thanks to its shimmering golden appearance), is very tough and inedible, but that’s one of the factors that makes it so good for smoking!

Mahi-mahi is cooked with the skin on, which helps to keep the meat together, it will have a firm but flakey texture once fully cooked.

Mahi-mahi can usually be bought all year round as either fresh or frozen fish, but the prices can vary depending on the time of year and where it is being fished from.

When looking for mahi-mahi for grilling or smoking, you want to purchase fresh fish with the skin-on. You should have the option to buy it as whole fish that has been headed and gutted or as pre-cut fillets – any of these three options is fine; it just depends on how ‘hands-on’ you want to get with the prep.

To ensure you’re choosing fish with optimum freshness, the skin should be bright, and the meat should feel firm and have a slightly pinkish hue.

There are many different ways to prepare and fillet fish, based on how their bodies are structured. Heading and gutting will always be a similar process regardless of the fish, but where and how to cut to get the most meat will vary.

Mahi-mahi is no exception; it’s known as the Dolphin fish as it has a broad bulbous or elongated head much like a Dolphin; this is meat you don’t want to miss out on. Male mahi-mahi has a larger head than females, but both should be prepped in the same way to ensure you don’t miss out on this additional tasty head meat.

Make sure to use a sharp knife when filleting fish; if the blade has a bit of flexibility and ‘give’, it can make the job easier.

Also, make sure that you have a sufficient working area, mahi-mahi can be large fish, and it’s sometimes easier to change your position around the fish than it is to turn and flip the fish around on a small workspace.

You will notice that your mahi-mahi fillets have a strip of red meat running through them (if you have halved your fillets for more manageable handling, it’ll be at the bottom of the top loin and the top of the bottom loin). This is called the bloodline and should be trimmed off as part of your prep work; if left on it will give the fillet a strong fishy taste which isn’t desirable for mahi-mahi.

Obviously, this can vary depending on the size of a fillet, so be sure to keep an eye on whatever you are smoking to ensure it isn’t drying out.

When choosing which type of wood to smoke your mahi-mahi over, it’s important to find one that compliments the natural taste of the fish rather than one that masks it.

Alder wood can give a slightly smokey flavor that is subtle enough not to overpower the taste of mahi-mahi; you also have milder woods such as Pecan and Apple that have a sweet taste that pairs nicely with fish. 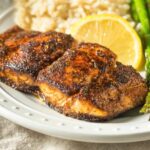 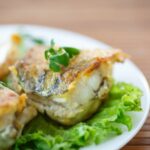 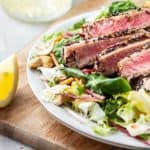 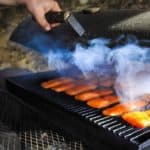 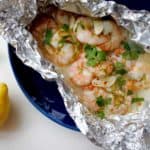 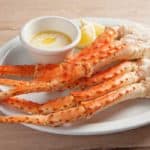 How to Smoke Crab Legs - Beautiful king crab legs smoked over oak and basted in butter and spice mix. The perfect seafood barbecue recipe for… ... 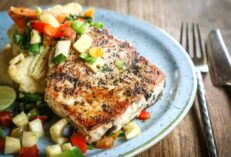 How to Smoke Mackerel 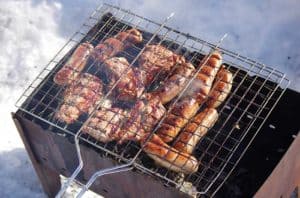 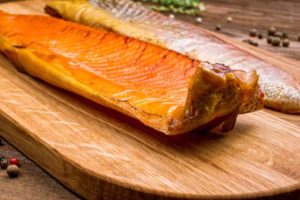 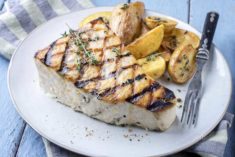