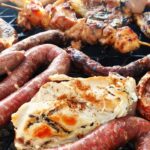 South African braai is a spin on outdoor meat cooking that needs to be seen to be believed. Best when kept simple, this traditional over-fire grilling takes the nation’s favorite dishes to a whole new level. Discover everything you need to know about braai today!

Walk through the South African suburbs on any warm night or weekend and you’re guaranteed to be greeted with the sounds, sights and smells of a braai. The air will be thick with the smokey scent, punctuated with the sweet perfume of meat grilled over an open flame. And whilst those scintillating smells might make you hungry, braais are about more than just the food and are instead something that’s ingrained far deeper into the South African nationality.

Ready to braai? Discover everything you need to know about the South African spin on barbecue, from the cuisine’s rich history to classic meats and dishes. Let’s get cooking!

The history of braaing surely stretches back as far as South African culture itself as it is, at its most basic, the act of cooking meat over fire. The name itself originates from the Dutch word ‘braden’, meaning ‘to roast’, but despite the name’s heritage, it doesn’t belong to any one social group and is celebrated across the country. The idea is that friends and family will come together, chatting, drinking and preparing side dishes until the meat is cooked – it’s a full-day event!

The actual word ‘braai’ can be used as both a noun and a verb, basically a catch-all term – the contraption you cook on is a braai, the meat is braaied, the act of gathering together to cook over fire is known as braaing – as long as you don’t call it a BBQ, you can’t go wrong!

The truth is that the uninitiated might compare a braai to a BBQ or a grill but in reality, it’s so much more than that.

A braai is an hours-long affair, largely because wood is traditionally used for cooking over (although charcoal is also just about acceptable and expect to be ostracized if you suggest using gas!) and takes a long time to come down to temperature. Only when the braai is exactly the right heat will a South African even consider laying the meat atop it.

There’s precision at every step and even the wood is chosen with exacting standards – sekelbos, camel thorn, and mopane being amongst the favorites. However, while South African braai fans are passionate about their tradition, braai itself is quite a simple affair. There’s no need for fancy equipment, just as long as there’s a grid and enough room for all the meat!

There’s a loose etiquette when it comes to braais as well and it’s worth running over those so you don’t ever find yourself falling short!

And so onto the food and being South Africa, meat is king. You can take your own meat substitutes and veggies along but expect to be asked a few questions about your eating habits… people are more accepting than they used to be at least!

In terms of meat, almost anything goes but the most popular choices are lamb chops, boerewors (a type of South African beef sausage), sosaties (kebabs), or meat you buy pre-marinated from the butcher or supermarket.

The meat’s dropped off with the host at the beginning who will make sure it’s well-seasoned (cupboards here are usually stocked to the brim with different rubs for different meats) and then they’ll take over all the preparation. Remember though, the meat’s usually served on a communal platter so don’t expect to get the exact thing you brought and not share it with others!

It’s not just about the meat though! Sides are equally important at braais and hosts and guests alike will prepare a few to tuck into. Favorites are similar to those you might find at a BBQ or grill and include garlic bread, potato and pasta salads, green salads, corn on the cob and – the forever favorite – potato bake.

Finally, here are some common braai foods and dishes so you’re up on your lingo!

So next time someone invites you to theirs for a chop ‘n dop, immediately say yes and pack a coolbox full of beers and meat! 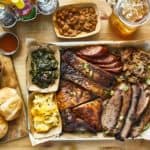 8 Best American BBQ Styles [Types of Barbecue Explained] - American barbecue is one of the cornerstones of cuisine in the USA. But with four main regional styles, as well… ... 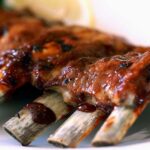 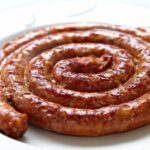 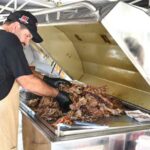 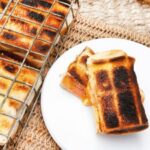 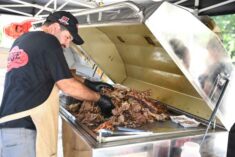 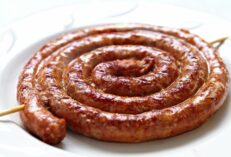 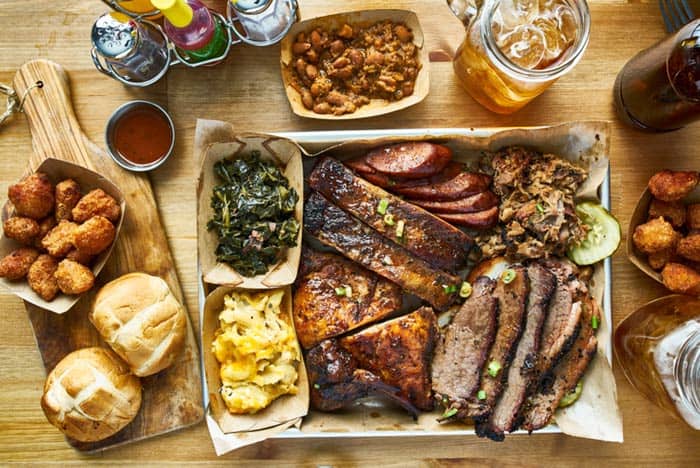 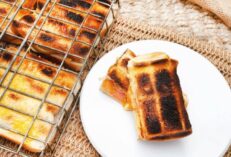 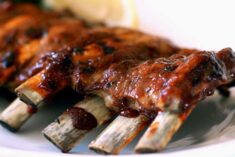