Delicious boerewors made with ground beef and spice, wrapped in hog casings before seared over flames. This classic South African sausage is easy to make and a must-have at any braai or grill cook-off.

Boerewors is a South African classic that is on the menu at every braai get-together.

This iconic sausage blends ground beef with spices before being cooked on a braai or grill. This isn’t your usual sausage fare, however: The coarse texture gives the sausage a unique mouthfeel, while its use of coriander seeds and nutmeg gives the meat a deep flavor that’s enhanced beautifully by flame cooking.

Make grilled boerewors part of your next party platter. From perfecting the meat mixture to choosing the best casings, discover how to make boerewors today.

Boerwors (pronounced boo-re-vors) is a beef and pork sausage packed full of spices and flavor. It’s traditionally cooked on a South African braai and is the perfect grill recipe for when you’ve got friends and family visiting.

Boerewors is a very traditional South African recipe and you’ll see it appear at almost every braai. This hearty sausage is cooked over flames and often served in a roll (a boerie roll as it’s known) with a traditional sauce called chakalaka.

Whilst a famous fixture in South African culinary culture, boerewors is popular in many countries in Southern Africa and is believed to have originated in Namibia (locals in South Africa might fight you on that one though). This would however make sense as Namibia was originally a German colony and if there’s one thing the Germans are known for, it’s their wurst. The name however is Dutch and comes from the words Boer ‘farmer’ and wors ‘sausage’: So, a ‘farmer’s sausage’.

It’s thought that people in Southern Africa have been making boerewors as far back as the 17th century – perhaps now you can understand why it’s so ingrained in the local culture! At that time there wouldn’t have been access to the meat grinding and sausage filling machinery we have now so the filling would have been chopped and pummeled by hand. Even today boerewors has a slightly coarser consistency (similar to traditional French sausage), harking back to those early recipes.

Rather than being separated into individual sausage links, boerewors is usually kept as one long sausage and either shaped into a spiral (like British Cumberland sausage) or folded back on itself multiple times in a rectangular shape.

Upon biting into a boerewors, you could think the filling is purely beef as the flavor is quite dominant but it is usually, in fact, a blend of beef, pork, and pork fat to get the right consistency.

Now, these consistencies will change depending on what recipe you use and some even include meats such as lamb or ostrich. In South Africa, competitions are regularly held to ascertain the best boerie so it’s unsurprising that people are very secretive about their ingredients and ratios!

Usually, the meat will be ground especially for the recipe but ours uses ground beef and pork for ease.

The meat isn’t the only important part of this sausage though and the thing that really sets it apart is the spices that are used. Most people will be accustomed to pork sausages with mild flavorings but boerewors packs a real punch with a whole medley of spice blended through the mix.

The outstanding flavor in the sausage is coriander (or cilantro), as well as cloves, nutmeg, allspice, salt, and pepper, it’s anything but bland! South Africa was a key part of the spice trading route, so it’s unsurprising that flavors from all across the world have made it into local recipes. Malt vinegar and Worcestershire sauce are also often used to balance out the flavor with sharpness and sweetness.

How to Make Boerewors

The most popular way to eat boerewors in South Africa is to cook it on the braai until perfectly charred and then enjoy it in a roll with chakalaka (a local sauce made from tomato, onion, beans, and spices) or ketchup. You could also chop it into pieces and place it on a serving platter with a pot of mustard for people to help themselves, or even skewer it onto cocktail sticks and serve it as a canape.

Boerie will traditionally be cooked on a braai (you just a charcoal grill) and this is really where it has the best flavor. The coals gently char the outside of the meat and render the fat until you have yourself the perfect wors. If you want to cook it this way, bring your braai or grill to a heat of around 350°F (180°C). Cooking it gently means that the casing is less likely to split or burn before the filling is fully cooked.

Cook for approximately 5 minutes per side, so 10 minutes total. However, always aim for an internal temperature of 160°F (71°C) before pulling from the grill. What is Braai? [South African Barbecue Explained] - South African braai is a spin on outdoor meat cooking that needs to be seen to be believed. Best when… ... 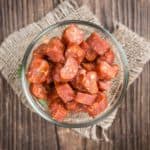 Smoked Mettwurst [Barbecue German Sausage] - Smoked mettwurst is the best way to enjoy this classic German sausage. Made from minced pork and lean beef, this… ... 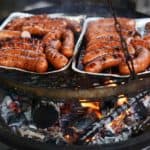 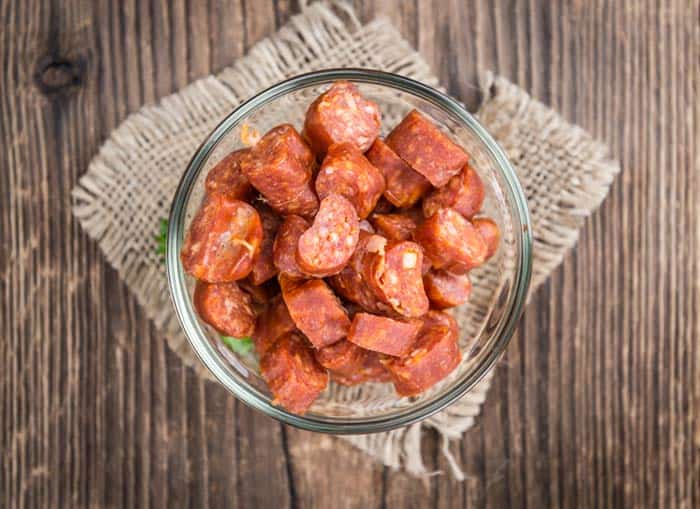 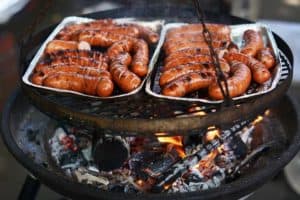 How to BBQ Smoke Sausage