If you’ve left everything to the last minute then you might need to smoking your beautiful cut of meat straight from the freezer. But should you? Here’s everything you need to know about smoking frozen meat.

Can you smoke meat directly from frozen?

Meat can never be smoked from completely frozen, much like you can’t oven cook meat before it’s thawed.

I get it. Sometimes time is against us, or we’ve forgotten to thaw meat properly before cooking. But simply isn’t worth the risk.

The sudden temperature shift, not to mention the uneven cooking it will lead to, is unsafe and will likely lead to safety issues.

When you oven cook chicken breasts or lamb cutlet, you never cook them straight from the freezer.

For the same reasons, you shouldn’t smoke any kind of meat from frozen.

What about meat that has been thawed from frozen?

While it is possible to thaw chicken quickly prior to grilling or smoking, other meats like beef or pork aren’t as forgiving.

There’s a good reason why culinary schools across the globe are against it, and it’s also why I also tend to shy away from doing it.

Smoking meat is all about allowing the aromas and flavors of the smoke to smother the meat, and penetrate it to infuse it.

Frozen meat simply doesn’t allow this to the same extent as fresh meat. By smoking frozen meat, you’re putting the wood and coal to waste. It’s counterproductive, and the resulting meat will be nowhere near as good as fresh.

So what this means is that you can smoke frozen meat, but you shouldn’t.

Time for the meat science

What is it that makes freezing tamper with the quality of meat so much?

The answer mainly lies in your friends and mine: Water.

Water makes up a significant part of any piece of flesh, and the meat that we use for cooking is no different.

When water freezes, it expands. That’s why if you’ve ever accidentally left a drinks can or bottle in the freezer (don’t worry, we’ve all done it), you often come back to find that the frozen water has burst through it and created a big mess.

This same thing happens in meat. While the cell walls of the meat have more elasticity to them, they can still break under pressure.

This breaking of the cellular structure can damage the meat, and in turn hamper its flavors.

We all know that moisture retention is the key to good barbecued food. So it stands to reason that cell damage means the meat can’t retain moisture. With this, the quality of your barbecued food will suffer.

The ice crystals formed when freezing water tear the protein fibers of your meat apart.

This is also known as The Purge.

If you’ve ever seen how much water or juice starts to seep from meat as it thaws, then this is the consequences of the purge in action.

The fibers of the meat are no longer is in their full form, and so can’t hold the water content of the meat.

Dry meat lacking in flavor is the bane of any pit master’s life.

And this is what sets BBQ smoking and grilling apart.

Grilling is built upon high temperatures, so the negative effects of frozen meat have far less impact.

How to freeze meat to preserve flavors

Sometimes you might be left with little option but to freeze your meat, so here are a couple of quick tips to help you do it the right way.

One of the best ways to counter purging meat’s water content is to try flash freezing. In principle this method freezes meat so quickly that the water crystals stay small, helping to reduce the extent of damage to the meat’s cells.

You can do this simply by using an ice bath with added salt.

Seal your chosen meat in a freezer bag and submerge it in ice water for two hours, or three if you’re using a larger cut of meat.

You can then remove the meat from the bath and transfer to the freezer.

If you don’t have a vacuum sealer then try to pack the meat manually. Do this by placing the meat in a ziploc bag or freezer bag, and seal the bag with a straw placed in the opening. Slowly squeeze the air out of the bag through the straw. Finally, remove the straw before sealing the bag completely. 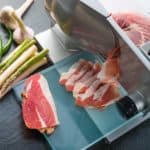 7 Best Home Meat Slicers of 2023 (Reviewed & Rated) - Perfectly slice and serve your smoked meats with a deli slicer. Armed with an electric motor for speed and precision,… ... 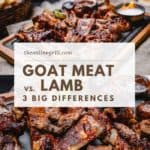 Goat vs Lamb: Which One is Best? (3 Big Differences) - Goat meat has been surging in popularity over the past few years, with some calling it a healthier alternative to… ... 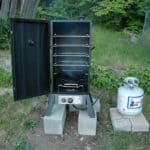 How to Season a Vertical Smoker [3 Easy Steps] - Seasoning helps you protect your smoker against damage and rust. Read my step-by-step guide on how to season your new… ... 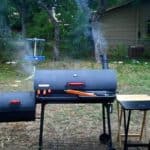 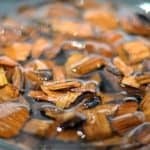 How to Trim Spare Ribs 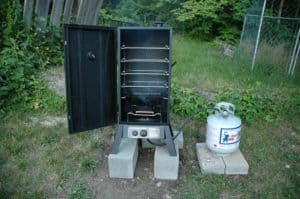 How to Season a Vertical Smoker [3 Easy Steps] 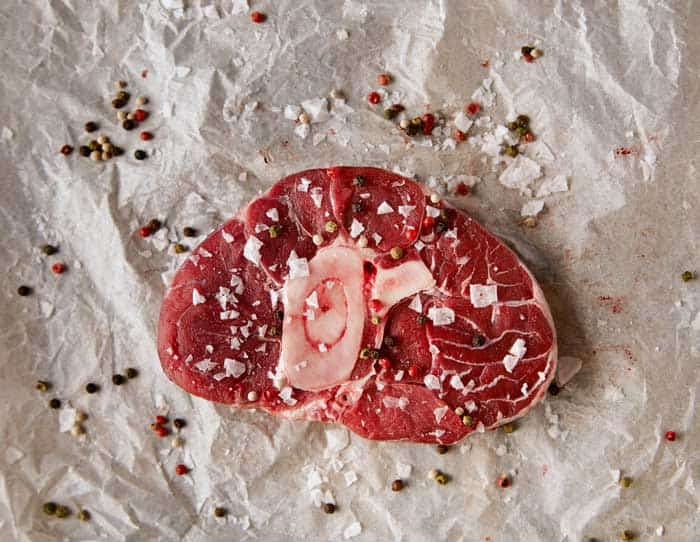 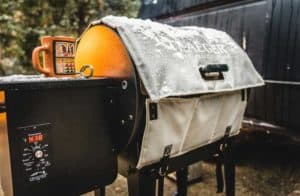 How to Insulate Your Smoker [Thermal Blanket & Firebox Insulation]