Grilling >> Grill How To's & Guides >> How to Defrost Chicken Fast (4 Quick Ways)
TheOnlineGrill.com is supported by its readers. We may earn an affiliate commission at no extra cost to you if you buy through a link on this page.

In a rush to get going in the kitchen? Frozen meat can be a difficult obstacle to get around, but luckily there’s a safe way to thaw chicken when you’re up against the clock. Here are the four best ways to defrost chicken fast.

Meat handling can be tricky, and there are a lot of ways to get it wrong. Poor preparation can lead to bland or foul tasting food, but more importantly it can even cause food poisoning.

Improper defrosting is one of the biggest culprits for this, but is a trap that a lot of us fall into.

We’ve all been under pressure when trying to cook on time for guests. It’s so easy to get ahead of yourself, and cook meat when it’s not completely ready. This can include partially frozen chicken.

We all know about the safety hazards around poorly prepared poultry (source), and a large part of that is around defrosting it properly.

But what if you’re in aa hurry? Is there a quick and safe way to do it?

Here’s how to defrost chicken fast.

The best way to defrost chicken quickly and safely is to submerge it in cold water. This method only requires 30 minutes per 2lbs of meat, and is your best bet against running the risk of allowing your meat to be exposed to the temperatures that are prone to bacteria growth.

Ultimately, the best and safest way to defrost poultry is by transferring it from your freezer to your refrigerator and allow it to slowly defrost there over the course of a few hours or overnight.

Obviously the big drawback is that this takes hours and often requires doing it overnight, or during the day if you’re cooking in the evening.

The reason this method is so trusted and popular however is because it can reach a thawed state without exposing it to the temperatures that allow bacteria to thrive on its surface.

Often referred to as the ‘danger zone’, this is the range between 40 and 140°F, or 5°C to 60°F where bacteria grows most rapidly, sometimes even doubling within just 20 minutes (source).

That’s why so many people can get defrosting meat wrong: You need to allow the meat to come to a thawed state, but without any of the flesh falling in the danger zone temperature for a prolonged period of time.

Here are the 4 best ways to do it quickly and safely.

How to defrost chicken in cold water

Sometimes referred to as the cold water bath, this method is perhaps the fastest out there while also the least prone to compromising the overall quality of the meat (source).

Fresh meat always tastes better than defrosted, but this method manages to allow the chicken to retain a lot of the flavor and textures that you’d get if you were cooking it fresh.

What’s even better is that it often only takes about 30 minutes for 2 pounds (about 900 grams) of chicken meat to thaw, and doesn’t need any special bits of kitchenware or ingredients to get you going.

Simply fill a large bowl to two-thirds or three-quarters full with cold water, and submerge your meat in it.

To keep the water fresh and at an ideal cold temperature, refill the water every 10 minutes.

If you’re using a whole bird then it will take a bit longer. To get around this however, you can speed up the process by pulling the bird apart as it thaws. This will help the water work its way into more areas of the bird, including the cavities.

It’s important to note here that it’s absolutely imperative that the water is cold. The reason for this is that it keeps the temperature of the meat outside the range of 40°F to 140°F, which is the temperature range in which bacteria is most likely to develop.

How to defrost chicken in the microwave

Tried and tested for years, microwaving to thaw chicken is one of the most widely relied on methods of meat defrosting.

However while this method is quick, requiring somewhere between 5-10 minutes, it does need you to pay very close attention as it defrosts. It’s very easy for this method to stray into the range where you actually start to cook it rather than allowing it to thaw. This can ruin the texture of your meat, making it very tough and can even expose the meat to bacteria growth.

It’s important to do this just right. If you use too high a temperature, or leave it in the microwave it for too long, then it’ll ruin it (source). This is because the ice in the chicken meat will turn to water and then quickly steam, cooking it from the inside.

The best thing to do is to check the meat every one to two minutes, looking out for when it has properly defrosted. Once it’s ready then you can transfer it to your grill or oven for cooking.

Check out my guide on how to smoke a whole chicken

Watch out though. This method is only good for skinless boneless chicken breasts, but not for any parts of the bird that have bone in.

A lot of microwaves have defrost settings, but if yours doesn’t then I recommend using a medium-low setting for two to three minutes before turning the chicken over and microwaving at low for a further two minutes per pound of breast. Be sure to stop the microwave and flip it every minute until it has thawed and is ready to cook.

The microwave is one of the quickest and easiest methods to use, but it does stand the risk of ruining the quality of your meat by overcooking it. It’s also not suitable for every cut of chicken, as it’s not best used with cuts of meat containing bone.

How to defrost chicken in hot water

Another method is to use hot water, however I would only recommend this as a last resort.

This method can be a bit tricky as you’ll need to get your temperature readings absolutely spot on here, so it will require the use of a good meat thermometer.

Earlier in this article I mentioned that meat temperatures for chicken between 40°F and 140°F run the risk of allowing bacteria to thrive on them, putting you at risk of getting food poisoning.

Where this and cooking cold chicken differs is that the high temperatures in a grill or oven mean that meat is only in this temperature range for a very short amount of time, which means that the bacteria doesn’t have enough time to develop (source).

We can use the same principle to apply to using hot water.

Place the chicken in a large bowl, and insert a meat thermometer into the thickest part of its flesh.

Be sure to have a constant stream of hot water pouring over the chicken. Allowing it to simply sit in hot water means that the water will cool down, losing the effect of the water.

Make sure that sure you cook it immediately after thawing so that the surface of the chicken is not exposed to the effects of bacteria.

How to cook chicken from frozen

OK, so this isn’t thawing as such, but cooking directly from frozen can work with specific types of cooking.

It should be said though that you will need more time than your recipe will suggest for the chicken to cook, so I recommend allowing about 50% more time to ensure that it cooks properly.

Ultimately the best way to defrost chicken is always in the refrigerator overnight. Doing this allows meat to thaw properly without leaving it at risk of harmful bacteria developing on its surface.

Not only is it safe, but it thaws your meat evenly so that it can cook beautifully without losing any quality.

Unfortunately we don’t always have the luxury of time on our side, so a quick thawing method is a good work around.

Of the four methods I’ve listed above, the cold water method is by far the best. It works for any cut of chicken, boned and boneless alike, and thaws your meat evenly and safely.

What is a safe temperature for storing chicken?

Anything outside of the 40-140°F ‘danger zone’ is safe. In the case of storing this means refrigerating it below 40°F/4°C. Never leave poultry at room temperature for longer than two hours.

How long can raw chicken stay in the fridge?

After you’ve bought it raw chicken can stay in the refrigerator for up to 2 days.

Some say that if the sell-by date passes in this time then you can still use it, but I would always err on the side of caution and never have meat past this date (unless you have frozen it before).

Once it’s been cooked, it will usually stay good for 3 to 4 days in the fridge.

How long does frozen chicken last?

Freezing meat is a great way to get the most out of your shopping, but even frozen food has an expiration date. While keeping raw chicken in the fridge will allow it to keep for up to 2-3 days, freezing it will allow it to last for between 9 and 12 months. 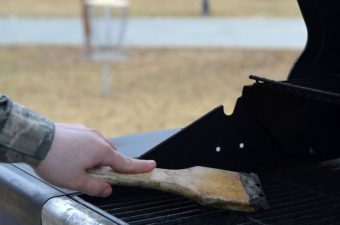 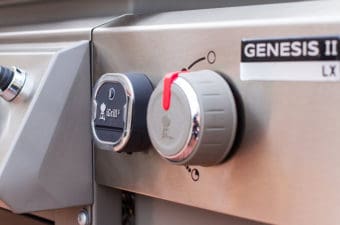 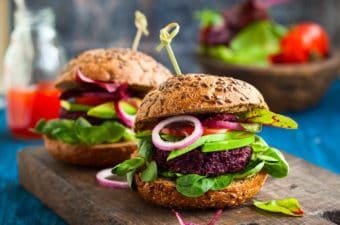 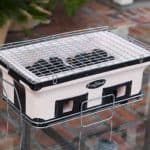 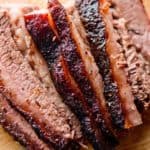 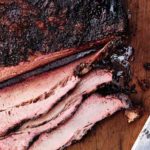 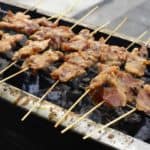 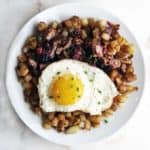 TheOnlineGrill.com is a participant in the Amazon Services LLC Associates Program, an affiliate advertising program designed to provide a means for sites to earn advertising fees by advertising and linking to Amazon.com. *Amazon and the Amazon logo are trademarks of Amazon.com, Inc., or its affiliates. Additionally, TheOnlineGrill.com participates in various other affiliate programs, and we sometimes get a commission through purchases made through our links.
35shares